The exiting rediscovery of the Favignana’s Tonnara

The king of the seas, in the Sea between the seas

The king of the seas, in the sea between the seas, seems like a wordplay but in reality, these commonly used denominations, help us better understand the importance that Favignana has had in the history of the great pelagic. I had not imagined the emotion that could be felt in retracing the roads and the land that had welcomed Rais, Tonnaroti, nets, islands and muciare, if I had not had the honor of participating for the first time in a summit that really left a big mark.

An emotion to make your heart and your soul vibrate

Thanks to the vision of so much majesty, my eyes reached an emotion that made my heart and soul vibrate.   I listened to the (virtual) testimony of the last of the “Rais” of the most suffered tonnara, Gioacchino Cataldo. He narrated the experience of the so-called golden age with that natural emotional involvement that you were able to trap and identify with his sufferings, due as known to the mocking fate of Favignana,  overcome and crushed, in eighties, from competition from large fishing boats.

I would like to transmit, in this epistle, the great occasion that involved me for the Fishtuna summit.

It was dedicated to my great passion the study and research in the world of fishing and therefore of Tuna.

This chance gave me the opportunity to acquire the involvement and satisfaction of the many enthusiasts in discovering a craftsman who today faithfully replicates an ancient craft, that of the master salter and even more, to live that tasting narrated directly by me, without mediation.

It was on that occasion that I lived, albeit for a short time, that part of the territory, that establishment distorted by its real function but in any case restored in order to strengthen the sensitivity of the common man respecting the history that is hidden there.

What I firmly believe is that beyond the important issues related to quotas, regulations on the matter, the phenomenon of by-catch (see article), the less impactful and more traditional fishing methods are not only those most consistent with sustainability but also the closest to ‘ethics and the sacredness of those who lived a time of this work; far from materialistic and commercial interests, let’s say a healthy strategy to keep centuries of tradition from dying. 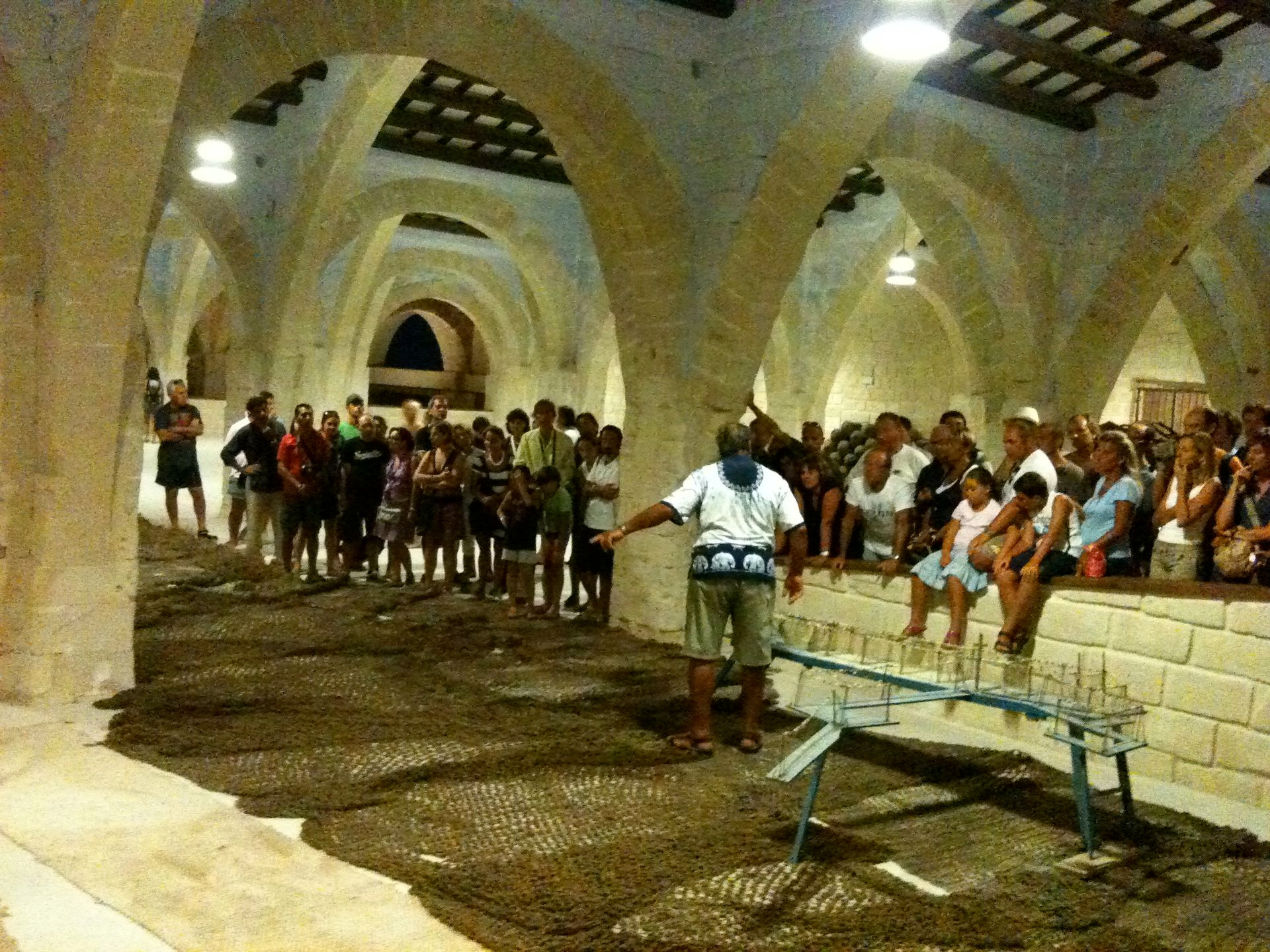 Therefore, whatever the implications, it is clear that useful and transparent comparisons must be maintained or reopened, with a view to a common goal, to safeguard.